Focus on What Buffett Isn't Doing, Not What He Is 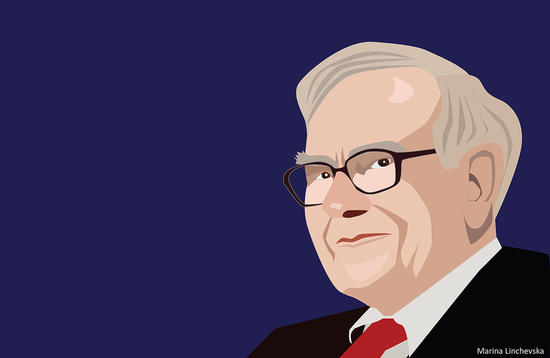 There is typically a lot of press coverage on

Over the past three or four years, the Oracle of Omaha has made some quite significant and notable changes.

Among the most high-profile was his decision to buy airline stocks, after years of avoiding them, and then subsequently sell during the first few months of the Covid-19 pandemic.

And then, as the world moved through the pandemic, the investor divested some of his stake in Apple Inc. (

AAPL, Financial) and sat on his hands despite what appeared to be very attractive equity valuations.

In 2021, he built a multibillion-dollar position in several biotechnology companies before selling the holdings several quarters later. He also built a significant position in oil giant Chevron Corp. (

CVX, Financial) and then dumped most of it before reversing course and making it a top five holding in Berkshire Hathaway's (BRK.A, Financial)(BRK.B, Financial) equity portfolio during the first quarter.

Further, during the first three months of 2022, the Oracle was also reversing some of the Apple sales he made in previous years.

There has been a lot of activity in Berkshire's equity portfolio over the past couple of years; even Buffett himself has admitted that he has been trading too much. Some investors might see this as a change in strategy, but I wouldn't be so sure.

One of the greatest misconceptions about Buffett's strategy is the fact he does not trade much.

He doesn't trade much by Wall Street standards, but he does trade a fair bit. A study published a decade ago showed he traded in and out of 2,600 positions over a three-decade period. That's a fairly significant number for an investor who has declared that his favorite holding period is "forever."

However, rather than focusing on small individual trades, investors should be focusing on the big deals.

The big deals Buffett makes in Berkshire's portfolio are by far the most important, and perhaps even more important are the trades in his personal portfolio. Indeed, since the mid-1960s, his biggest personal investment has been Berkshire. If that is not a commitment to long-term investing, I do not know what is.

There are plenty of other examples in Berkshire's portfolio.

For example, the conglomerate has owned a large position in Coca-Cola (

KO, Financial) since the 1980s, and it has had a long-term investment in American Express (AXP, Financial). US Bancorp (USB, Financial) has also been a feature for the best part of two decades. That's without taking into account the private businesses in the conglomerate, such as GEICO, which Berkshire has owned in one way or another for nearly six decades.

Focus on what Buffett isn't doing

Indeed, there is no such thing as a buy-and-hold investment.

Investors may buy a stock with a view of holding it forever, but the situation is always fluid. The business environment is constantly changing, and we as investors cannot ignore this. We need to continually review and break down our ideas to make sure they still make sense.

This is what Buffett has been doing for the past eight decades, and the companies that still feature in his portfolio are really the ones that continue to grow and build shareholder value. There's only a tiny number of really great businesses on the market. If you find one, it makes sense to stick with it for the long run.