What can we learn from Berkshire Hathaway's old shareholder letters? 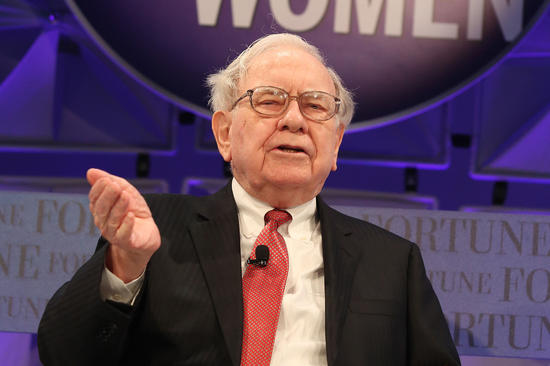 BRK.A, Financial)(BRK.B, Financial) letters in 1968 and 1969 were the last to be signed by President Kenneth V. Chace (although written by Warren Buffett (Trades, Portfolio)) before the renowned investor started signing the shareholder letters under his own name as chairman of the board in 1970.

In the 1968 letter, Buffett was not happy with the total operating earnings in relation to stockholders’ investment and explained some further steps he was taking to bring them to a satisfactory level.

First, Buffett praised the efforts of the bosses of both Home Fabrics and Menswear Linings businesses as they showed good sales growth. The Home Fabrics Division would be utilizing new loom technology in 1969 to offer opportunities for expanding its style line. Additionally, we learned this business was holding options on additional new looms, which would enable expansion if profitable projections were to materialize. This is a smart way to limit capital expenditures while still having the ability to capitalize on upside should it be there.

On the other hand, the more commodity-like textile operations – Box Loom greige goods, was being wound down in 1969 after the “result of a careful survey of the future market.” Buffett did not like this business because occasional periods of strong prices were regularly followed by heavy imports of goods, severe price competition and then curtailment of operations. The Oracle of Omaha was prepared to take a loss on the sale of fixed assets to exit this business, which resulted in improving the textile operating situation.

Buffett said the segment continued to show good performance thanks to a slight premium volume increase, but “more importantly, a good underwriting profit was again produced” even though the property insurance industry operated with underwriting losses. Investment income increased substantially through fixed income investments and capital gains on common stocks.

The guru noted the “emphasis continues, however, to be on underwriting at a profit rather than volume simply for the sake of size.” By retaining all earnings in the insurance subsidiaries, they had room for growth.

Finally, Berkshire held marketable common stocks as a temporary investment “pending the utilization of the funds in acquisition or expansion of operating businesses” in its quest for development of greater and more diversified earnings power. Contrast this to typical businesses that hold liquidity in lower returning money market instruments.

The 1969 letter starts with looking at the decision to develop “more substantial and more consistent earnings power than appeared possible if capital continued to be invested exclusively in the textile industry.” Buffett called the returns available in the textile industry “totally inadequate.” That year, Berkshire achieved an overall return of more than 10% on average stockholders’ equity, while its textile business earned less than 5%.

Additionally, the profits made from investments in marketable securities enabled Berkshire to make a major acquisition during the year, which was 97.7% of the stock of The Illinois National Bank and Trust Co.

The investor revealed earnings on capital employed improved modestly despite substantial operating losses incurred in exiting the Box Loom Division. The commodity-like nature of the textile industry was highlighted again by Buffett noting a lack in demand for the product meant curtailment of production to avoid inventory build-up. The sector recession at the time appeared more severe than normal in this cyclical industry, Buffett noted.

Reading between the lines, it is clear the guru saw textiles as a no-moat business, cyclical, commoditized and at the mercy of demand and, subsequently, price wars. It is also clear Buffett was trying to keep inventories down to reduce working capital needs, but it is difficult to forecast future demand. Berkshire had tried to focus its textile business toward the higher-margin segments and made every possible cost reduction, but even so, the business was at the mercy of macro considerations.

In a big contrast to textiles, Berkshire’s insurance operations went from strength to strength, outperforming competitors in underwriting performance. In the letter, Buffett thanked his outstanding management group for the performance and its core principle of “underwriting for a profit."

Berkshire had invested in several new insurance departments and expected growth in its insurance operations to continue. Buffett noted the new reinsurance division started well, but cautioned that “the nature of this business is such that it takes at least several years to render an intelligent verdict as to operating results." It is clear he understood the risk-return and the statistical element of insurance, where good management and intelligent decision-making can ensure strong returns to this business over time. Compared to textiles, there seems to have been much less macro risk.

Buffett then highlighted the long-term track record of the leadership of The Illinois National Bank and Trust Co., making the bank close to the top among larger commercial banks in the country. The investor noted it would not be easy to grow earnings in 1970 from the bank as it was already so efficient and Illinois unit banking laws made more than modest deposit growth difficult for this bank. However, he noted Berkshire was delighted with the investment and its association with its founder, Eugene Abegg.

From these two letters, we learn that Buffett was, and still is, really looking for excellence in both financial returns and in management who he can let get on with the task of running Berkshire’s operating businesses. Long-term returns are more important than any one year’s performance.