A Greatview of Value

This debt-free stock has a 12% dividend yield

HKSE:00468, Financial) (GRVWF, Financial) is a pure-play in the aseptic packaging industry, which is primarily used for milk and non-carbonated soft drinks like juices. It is the second largest aseptic packager in the world after Swiss-Swedish Tetra-Laval, which is privately held. Greatview operates in the People's Republic of China but is expanding worldwide, with 70% of its business from China and 30% from international markets.

It's engaged in supplying packaging related material, machinery and services to the aseptic liquid food industry with carton packaging materials, filling machines and spare parts. It has headquarters in China and Switzerland, with two production facilities in China and one in Germany,

The company’s 2021 results were severely pressured by higher costs of raw materials and freight/shipping costs following the pandemic. Price increases in Greatview’s raw material costs (commodities such as liquid paperboard, polyethylene and aluminum) should be largely passed through into customer pricing going forward and margins should recover in the long-term, even if prices remain high.

Greatview is highly profitable with a GuruFocus profitability rank of 9 out of 10. Below is a comparison of several profitability metrics compared to industry medians and the company's own historical medians.

The company has a debt-free balance sheet and a 12% dividend yield. the dividend has a five-year growth rate of 4.7%. This is possible because its financial strength is excellent. 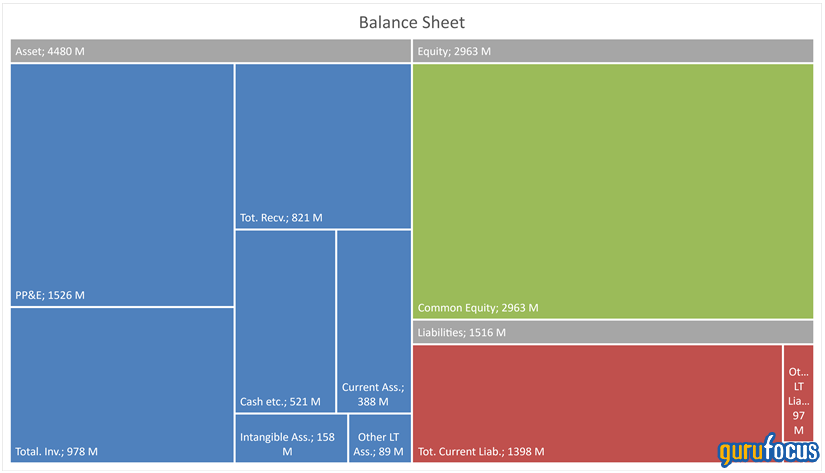 Below is a comparison of earnings and free cash flow to dividends on a per-share basis:

The following income statement diagram shows that revenues are increasing rapidly, but profits are flat. This is because of increasing competition in China.

Greatview's return on invested capital (ROIC) has been consistently greater than its weighted average cost of capital (WACC) consistently. This indicates that the company is consistently generating economic value. 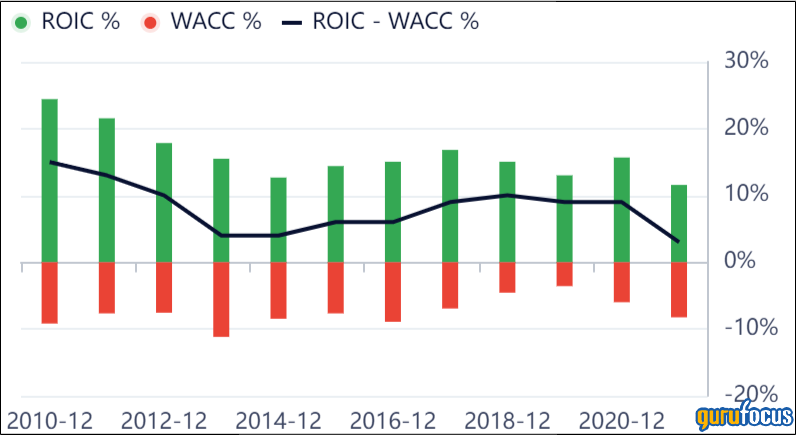 GuruFocus valuation panel (shown below) suggests that Greatview is highly undervalued based on several metrics. 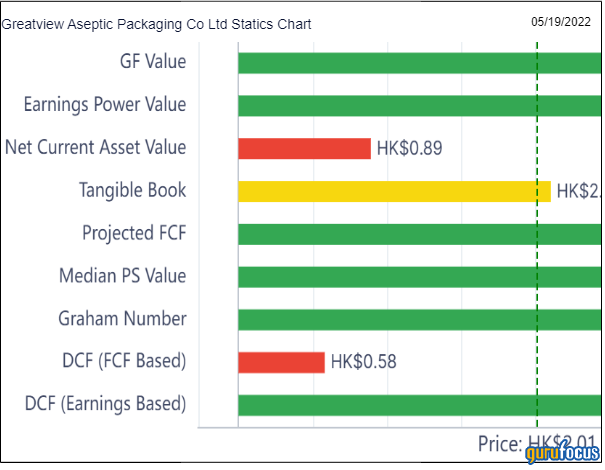 Very few stocks meet this old-school value criteria these days, and Greatview is one of them. Currently there is a 40% margin of safety compared to the stock's Graham Number.

JARLF, Financial), which owns a 28.2% stake, was "considering strategic options." This could boost the stock price if the company is sold or merged with another group. Mittleman Brothers LLC, a New York-based deep value fund which is in turn owned by Toronto Asset Manager Aimia Inc. (TSX:AIM, Financial), owns over 6% of Greatview. So, one way to invest in Greatview could be to invest in Aimia. Gang Hong, the CEO of the asset manager, owns a 5.85% of Greatview himself.

With a price-earnings ratio of around 7, selling for below tangible book value and operating as a supplier to the defensive consumer staples industry, Greatview is, in my opinion, a prime example of a value opportunity amidst the economic slowdown.