Why Berkshire's Utility Business Has a Lot of Debt

The utility is forced to borrow to keep costs low 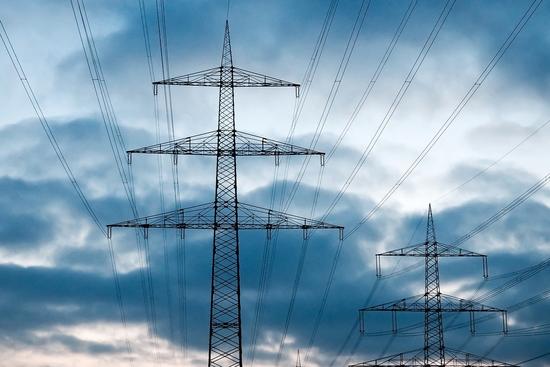 Warren Buffett (Trades, Portfolio) has always tried to avoid taking on significant amounts of debt throughout his career.

Even though he has borrowed large amounts on some occasions to invest in opportunities where the potential for a guaranteed payoff is relatively high, he has not borrowed huge amounts at Berkshire Hathaway (

BRK.A, Financial) (BRK.B, Financial), choosing to keep the conglomerate's balance sheet clean instead. For most of its life under the stewardship of the Oracle of Omaha, the company has reported a net cash balance overall.

However, inside the conglomerate, Berkshire Hathaway Energy is relatively highly leveraged.

According to the division's financial statements for the quarter ended March 31, it reported $1.8 billion of short-term debt, $1.5 billion of long-term debt falling due within the next 12 months, $12.6 billion of senior debt, $100 million of junior subordinated debentures and $35.7 billion of subsidiary debt, giving a total of $51.7 billion of debt compared to overall shareholder equity of $50.4 billion.

This is something one shareholder asked about at Berkshire's recent annual meeting.

The shareholder pointed out that Berkshire Hathaway Energy's overall level of leverage is significant in relation to the rest of the group and its earnings. They asked the guru why this was the case when he traditionally avoids borrowing to fund capital spending, preferring to use internal cash flow and gas resources.

Buffett's response to the question was pretty interesting. He noted that different states and regulators require Berkshire Hathaway Energy to have a large amount of debt as regulatory authorities are looking to get the best value for customers. One way of doing this is to force utility companies to borrow money if the cost of capital is cheaper than equity financing.

Using equity rather than debt would "result in higher prices for consumers," Buffett said.

At the meeting, he also discussed the group's ownership of Berkshire Hathaway Energy. Unlike other subsidiaries, the parent company does not own 100% of the utility arm. It owns a little over 90% of the division, while Greg Abel, a former BHE CEO and now Berkshire vice chairman, holds 1% and the remainder is owned by the family of Walter Scott, a former director.

A shareholder wanted to know if Buffett planned to do anything with the interest Berkshire does not own. While the investor said he would rather own 100% of the energy business, there was no reason to do anything with the Scott or Abel interest. The billionaire stated that both parties remained supportive, so there was no reason to try and get them to sell up.

The fact Abel owns 1% of Berkshire Hathaway Energy is an interesting quirk. It means the vast majority of his wealth is tied up in this holding. That is a pretty odd arrangement, especially since he is in line to take over as the CEO of the group from Buffett at some point in the future. If this holding is not sold, the director will have a more significant interest in one of the company's subsidiaries than the corporation itself. That is a big conflict of interest.

This was covered at the meeting. Buffett said he was comfortable with the arrangement at this point, but it might have to be reconsidered in the future. I think that means Berkshire is going to buy out its director. The company has some unusual corporate governance processes as it is, something investors have been willing to overlook considering Buffett's record. The company might face increased criticism with the Oracle out of the picture.

This issue aside, it is interesting to see why Berkshire Hathaway Energy uses so much debt over equity. It is a case study of why debt is sometimes a better choice than other financing sources if used carefully and not in excess.