Seeing what we can learn from Berkshire Hathaway's old shareholder letters 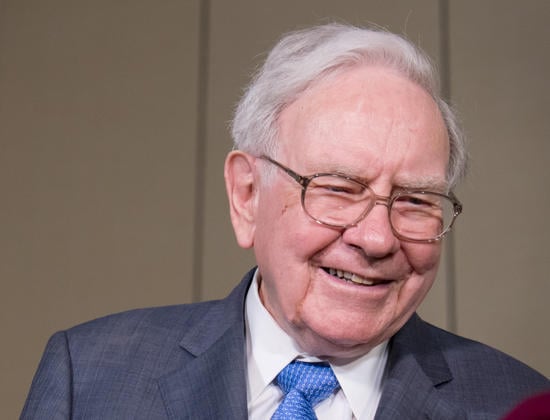 BRK.A, Financial)(BRK.B, Financial) letter to shareholders was the first Warren Buffett (Trades, Portfolio) signed under his own name as Chairman of the Board. Buffett wrote the 1965 to 1969 letters, but they were signed by Kenneth Chace as President of Berkshire Hathaway.

The 1970 letter showed the importance of Berkshire’s diversification efforts. Illinois National Bank & Trust reported excellent results, ranking right at the top, nationally, in terms of return on average resources. Insurance operations suffered a deterioration in underwriting but garnered excellent returns from its investment portfolio, while once again the textile operations performed poorly, only breaking even.

Overall, Buffett notes that the approximately 10% return on average shareholder’s investment was in line with average returns for American industry but were significantly higher than what Berkshire Hathaway would have achieved had it not diversified away from the weak textile industry.

Once again, with weak sales, the textile business was forced to modify production plans to prevent inventories from building. Buffett laments the cost on the company and the disruption to employees. Buffett notes the “great effort” expended on managing inventory and the focus on changing manufacturing and marketing to make operations stable and profitable.

The low margin, cyclical and commodity-like nature of the textile operations means that Buffett has each year explained the performance of this business as a function of the economy. This year he says while the textile management team had worked just as hard as the more profitable Berkshire subsidiaries, they had been “swimming against a strong tide." It’s clear that this type of business is an anti-moat – no pricing power, no competitive advantage. Much later in the future, Buffett would say he regretted not exiting textiles earlier, but so far in his letters up to 1970 he has written about its performance in a very professional way, obviously taking care not to discourage textile management and staff, but at the same time telling the situation clearly as it is.

While the insurance business grew, underwriting performance was somewhat poorer. Buffett talks about a “wave” in volumes, as a “non-conventional” carrier as standard markets were experiencing capacity or underwriting problems.

As insurance is so fundamental to Berkshire’s history, it’s worth taking a moment to understand some key definitions:

So scale is quite important for insurance to achieve the law of large numbers. When insurance has scale, it effectively becomes a spread business, which over time is relatively stable, provided your underwriting has been effective. This would explain why Berkshire was generally keen to expand across different insurance business and grow volumes. In its surety business, which experienced “significant underwriting loss” in 1970, Buffett explains that this segment would be giving up some volume in order to achieve underwriting profit. This is a form of risk management, as underwriting is all about assessing, taking and managing risk.

Buffett also describes a new venture – “home state” operations via Cornhusker Casualty Company, getting off to a strong start. With a focus on Nebraska, but as a 100% owned subsidiary of National Indemnity, this business has the “combination of big-company capability and small-company accessibility” which is giving it strong marketing effectiveness with “first class agents." Buffett praises John Ringwalt for “translating the concept into reality” – suggesting at Buffett’s encouragement of entrepreneurship by managers within the subsidiaries.

Buffett praises Eugene Abegg for growing banking earnings in the year despite the impossibility of growing deposits. This was done with above average liquidity, and Buffett says it reflects “an exceptionally well-managed banking business.”

Some guidance for 1971 is given, suggesting deposit growth is possible, but at a higher cost as these will likely be from consumer savings products. Also, as loan interest rates have been coming down net interest margins will be difficult to maintain. Finally, Buffett notes the important regulatory development that is the new bank holding company legislation, meaning Berkshire will have 10 years to dispose of the stock of The Illinois National Bank. Buffett (taking up this optionality) notes it will “probably be some time before we decide on a course of action.”

Buffett’s early letters have been professional and kind to managers. Weakness in textiles has been blamed on the macro environment and the nature of the industry. Berkshire’s insurance and banking operations are looked upon more favourably because they are in effect spread businesses where asset liability management is key. Berkshire can invest the assets in high returning liquid securities to earn attractive spread on the cost of these funds, the liabilities it takes on. Where performance in any business underperforms, it’s clear Berkshire takes action to adjust the operations to steer a course back to profitability or reduce losses.