Helios Fairfax Parners (HFP) operates as a hedge fund investing in Africa. HFP is jointly controlled by Fairfax and Helios on about a 55% - 45% basis with multiple voting stock. About 20% of the subsordinate voting stock is with outside investors with OMERS a large Canadian pension fund owning about 11%.

It is listed on the Toronto Stock Exchange (TSX) and is also traded on the U.S. OTC exchange. Helios Fairfax Parners is structured as an investment holding company whose objective is to achieve long-term capital appreciation while preserving capital by investing in public and private equity securities and debt instruments in Africa and African businesses or other businesses with customers, suppliers or business primarily conducted in, or dependent on, Africa in general.

Another thing to note about Helios Fairfax Parners is the compensation structure paid to the sole advisor,. TopCo L.P. Fees are 1.5% on deployed capital and 0.5% on undeployed capital, plus a performance fee of 20% of increases in adjusted book value over a hurdle rate of 5% per annum. The company may also be called upon to contribute capital to the manager Top Co L.P from time to time to fund its operations. For example, in 2021, it paid $4.7 million in capital contribution. Total fees came to around $8.8 million in 2021. This was up from $3.6 million payed in 2020. 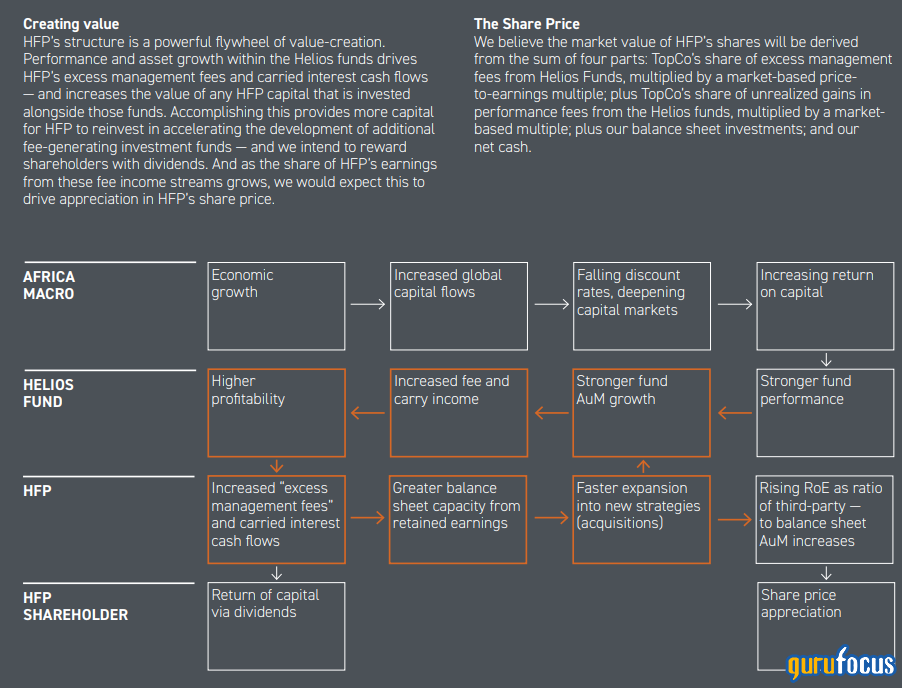 Prem Watsa (Trades, Portfolio) had the following to say about the investment vehicle:

2021 was a turnaround year for Tope Lawani and Babatunde Soyeye at Helios Fairfax Partners (TSX:HFPC.U,Financial) (Helios Fairfax) as they digested the existing positions in Fairfax Africa. Tope and Baba, co-founders of the Helios private equity business, completed their first year as Co-CEOs of Helios Fairfax with a focus on stabilizing the legacy holdings of Fairfax Africa in addition to making incremental new investments to create value for shareholders. The National Basketball Association chose Helios Fairfax as its only partner in Africa, and Helios Fairfax made a $30 million investment for a minority stake in NBA Africa. Other investments include a $16 million co-investment in Trone, a medical device distributor based in Morocco, and a $27 million investment in Helios Fund IV, showing investors in the Fund that Helios Fairfax eats its own cooking. With virtually all global private equity funds having exited Africa, Helios Fairfax is the only focused player in the continent and is often the first call for multinational companies looking to expand in Africa. Helios Fairfax investors will in time benefit from both the growth in balance sheet investments and the cash flow from the Helios business. With Helios Fairfax’s share price of $3.40 per share and depressed book value of $5.40 per share, we feel the current discount is unwarranted.

According to the March 31, 2022 financial report, the company has $582 million worth of investments in various public and private entities. The biggest investments are in two private equity funds operated by its partner TopCo LP. Major investments of Helios Fairfax Parners include the following. 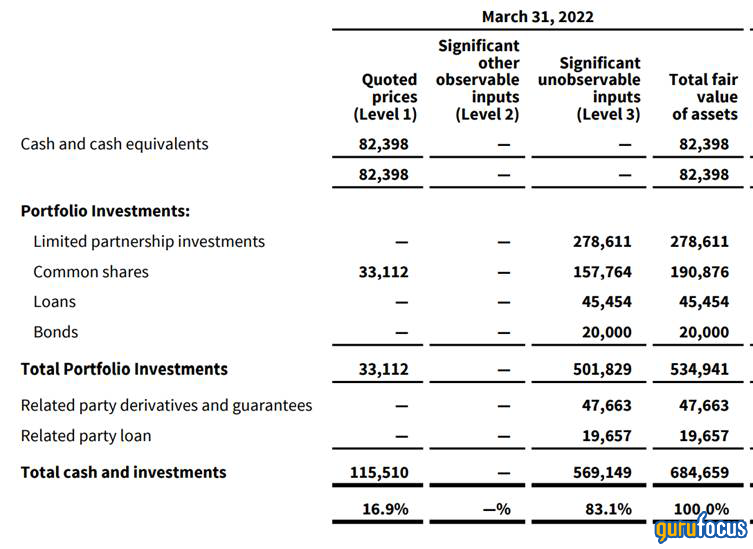 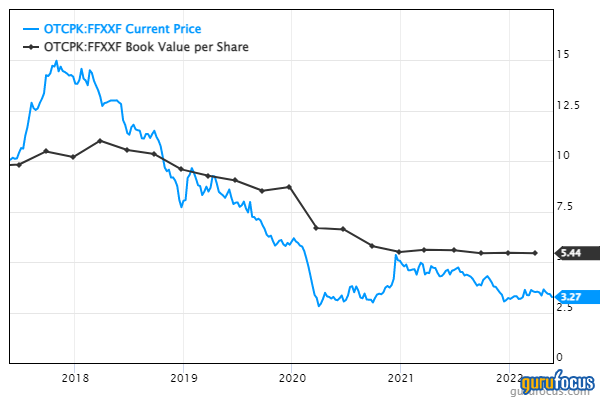 Currently the stock price is 40% below the book value, so Helios Fairfax Parners looks very undervalued. In actuality, the undervaluation is likely much wider since the book value for African assets is significantly depressed as the continent is still recovering from Covid. In 2019, the book value was closer to $10.

In my opinion, Helios Fairfax Parners has multi-bagger potential given its discount to tangible book value and the depressed state of its illiquid assets as Africa recovers from the pandemic. In the next three to five years, I expect the company to monetize some of these assets on a opportunistic basis, driving the share price to appreciate. However, timing is uncertain as the African market is volatile and it may take years for any investment to payoff. As the investment climate in Africa improves, Helios Fairfax Parners will also be raising new funds from outside investors.

Africa is a developing continent with lots of governance issues, so this is a high-risk investment. To a substantial extent investors must be comfortable with the integrity of the Fairfax-Helios partnership as the partnership has effective control of the company. The assets owned by the company are illiquid and the values derived are management estimates.

The main attraction of Africa is its young demographics combined with a low base of development and large upside potential. It's a bit like investing in China in the 1990s or the U.S. in the 1910s. As the continent develops and continues to urbanize, both these factors could have a multiplier effect on investments.