Is Alibaba finally bouncing back?

BABA, Financial) is a leading e-commerce and cloud computing giant which has been dubbed the “Amazon (AMZN, Financial) of China.” They have the number one market share in cloud and the leading market position in B2B e-commerce.

The stock came under pressure over the past two years, dropping 68% on China's big tech monopoly crackdown as well as the U.S. threatening to delist Chinese stocks. However, the stock popped 14% on Thursday following an encouraging earnings beat; is Alibaba finally set to bounce back? 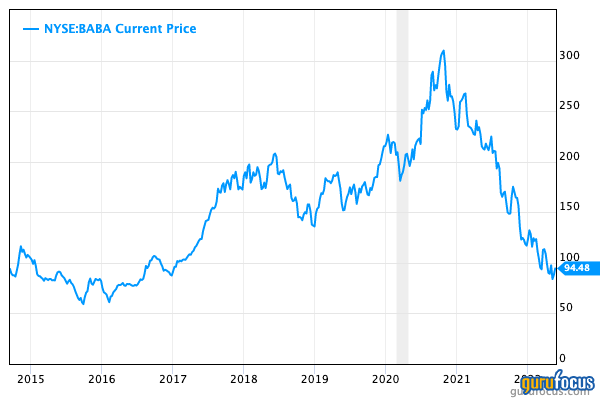 Alibaba came under intense scrutiny by Chinese regulators and was even fined $2.8 billion in 2021 in a landmark antitrust case (though it should be noted that this was considered getting off very lightly - $2.8 billion is pocket change to Alibaba, so in the end, this could be a signal that the antitrust case didn't really do much).

The fears of the delisting of Chinese stocks from U.S. exchanges also exacerbated issues. That legislation is still in place, and it's still a very real possibility that Chinese stocks could be delisted if a regulatory agreement between the two countries is not reached.

Just as it seemed like regulators were making progress towards an agreement, Alibaba reported poor financial results for the fourth quarter of 2021, with their operating income taking a major hit, down 86%. This was mainly due to temporary issues such as a $3.9 billion impairment of goodwill related to the digital media and entertainment segment and increasing investments.

The situation seems to have taken a turn for the better as of Thursday, when Alibaba announced their results for the quarter ended in March. The company reported adjusted earnings per share of $1.55, which was 44% higher than analyst expectations of $1.07. This was on revenue of $32.2 billion, which was up 9% year-over-year; analysts were forecasting $29.9 billion in revenue.

Chief financial officer Toby Zu had the following to say:

“We delivered healthy results this quarter with revenue growth of 9% year-over-year. Total revenue for the fiscal year grew 19% year-over-year, despite a challenging macro environment. Our continued investments in strategic initiatives have generated promising growth momentum and improved operating efficiency.”

Below is the segment breakdown for revenue: 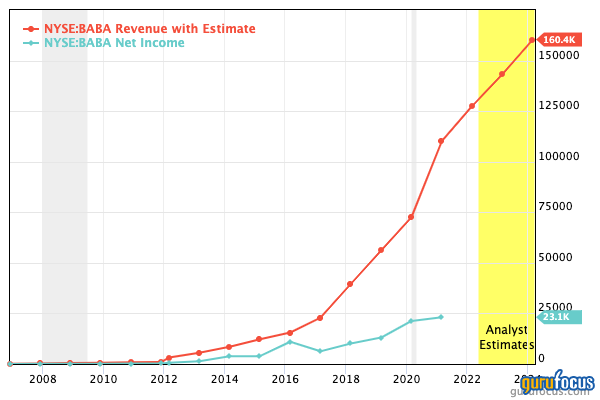 The company’s annual active consumers increased by 28.3 million to a staggering 1.3 billion people. Management showed confidence by increasing their buyback program to $25 billion, up from $15 billion. They have already repurchased 56.2 million shares for approximately $9.2 billion. 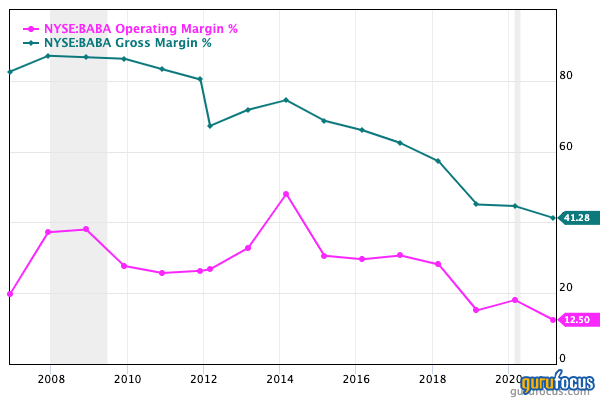 Still a long way to go

Alibaba produced great results overall, but the company still reported a heavy net loss of RMB16.241 billion. The good news is this was mainly due to decreases in the market prices of their investments in public companies and thus is really a paper loss.

Free cash flow was a loss of RMB15.070 billion, which was worse than the gain of RMB658 million in the same quarter of 2021. This was mainly due to Alibaba paying the final installment of $1.4 billion on their $2.8 billion anti-monopoly fine; as we can see, it took less than a year for the company to completely handle that fine, which is an encouraging sign.

Alibaba still undeniably has a dominant market position, despite numerous regulatory issues and delisting fears. Their recent financial results have beat expectations overall, but the company is still growing slower than history and has a long way to go to prove itself, in my view.