The company's customers include DoorDash, Uber and Coinbase 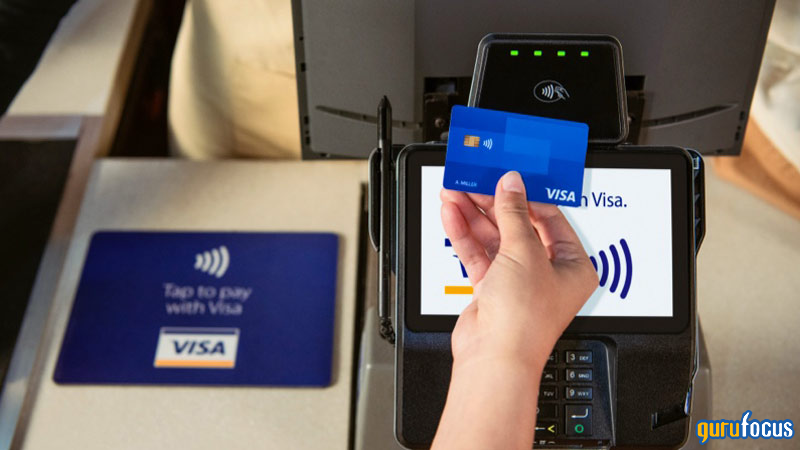 MQ, Financial) was founded in 2010 but struggled to find product market fit until 2015. However, since then, the company has been at the cutting edge of modern card issuing. 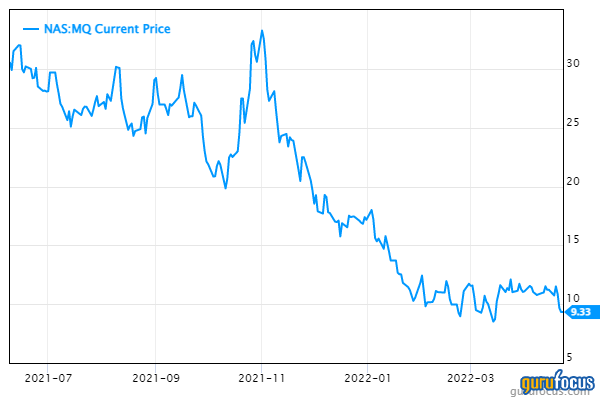 They went public in June 2021 at $31 per share, but since then the stock has slid down by 70%. In my opinion, this is mainly due to high inflation and a forecasted rise in interest rates, which causes valuation multiples to compress and disproportionately affects gowth stocks as their valuations are weighted more towards future cash flows.

This stock caught my interest because legendary investor

Paul Tudor Jones (Trades, Portfolio) was buying shares in the fourth quarter of 2021, during which shares traded at an average price of $22 apiece. The stock is down 58% from that point. Since Jones is well-known for following a value investing strategy, does that mean Marqeta is a value opportunity at current levels?

Marqueta acts as the bridge between traditional payment processors and tech companies. Marqeta’s modern card-issuing platform helps to power many payment processes at leading companies such as DoorDash (

DASH, Financial), Instacart, Uber (UBER, Financial), Block (SQ, Financial), Coinbase (COIN, Financial), Klarna and even JPMorgan (JPM, Financial). They have also partnered with other rapidly-growing fintech company’s such as Plaid (PLDIF, Financial) and Bill.com (BILL, Financial). Marqeta’s platform helps businesses to build custom payment solutions with open APIs, which can remove many extra fees and give businesses greater product flexibility and help them to launch in different companies much faster. 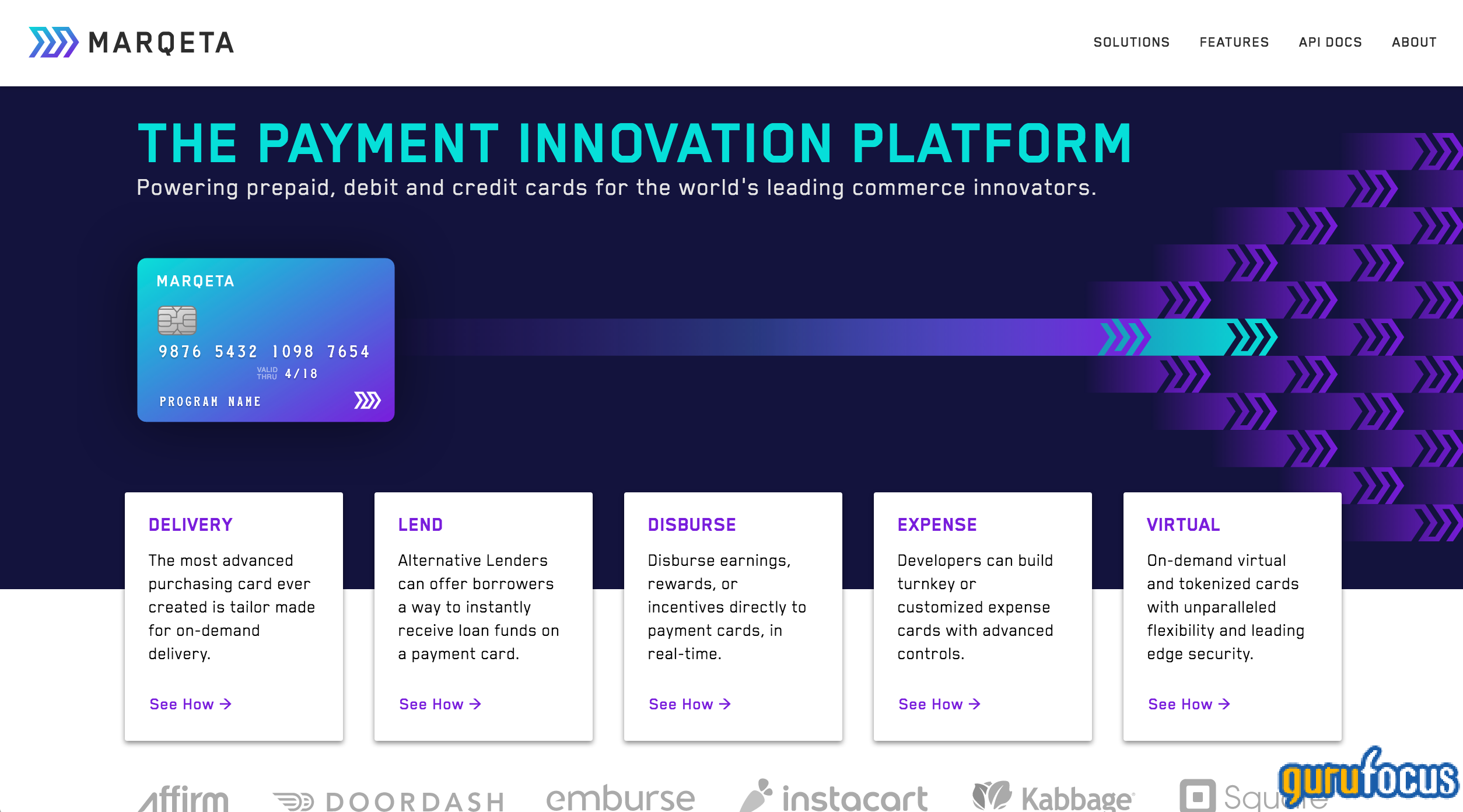 The company can also leverage the data it gathered from the process to improve consumer experiences and provide proactive recommendations. "An interesting part of our model is companies come to us to make money, so we share interchange back to them based on volume,” said Jason Gardner, Marqeta's CEO.

Marqeta has also seen a major boost in BNPL (Buy Now Pay Later) volume, which was up by 50% in the fourth quarter of 2021. Marqeta is an issuer for leading BNPL companies such as Klarna. Approximately $74 trillion in global money movement occurred in 2021, and Marqeta processed $111 billion of that, which was an increase of 85% year-over-year.

Marqeta generated $517 million in revenue in 2021, which was up a substantial 76% year-over-year. 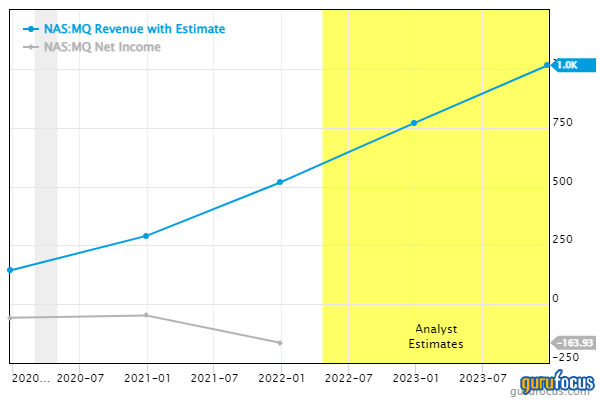 Marqeta reported a 46% gross margin and $231 million in gross profits in its latest fical year. However, the company is still operating at a loss of $162 million as it continues to focus on growth. 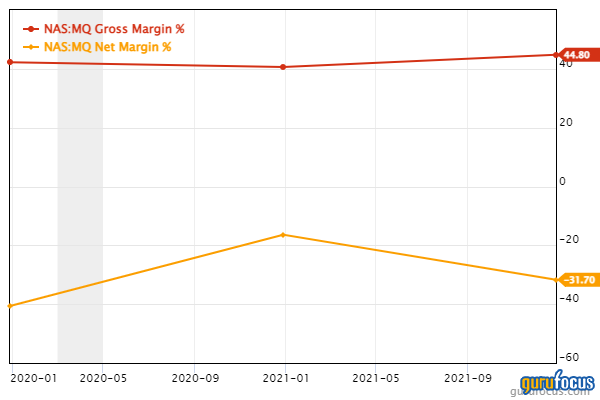 They have a strong balance sheet with $1.2 billion in cash and virtually no interest bearing debt. They have $234 million in liabilities, but a large portion of this is accounts payable.

In terms of valuation, the company’s price-sales ratio has compressed substantially from a ridiculous 40 in 2021 to just over 7 now, which is much more reasonable. They now trade at a similar multiple to leading Buy-Now-Pay-Later company Affirm (

AFRM, Financial). I believe this is reasonable for a company with such established partnerships and growth opportunities. 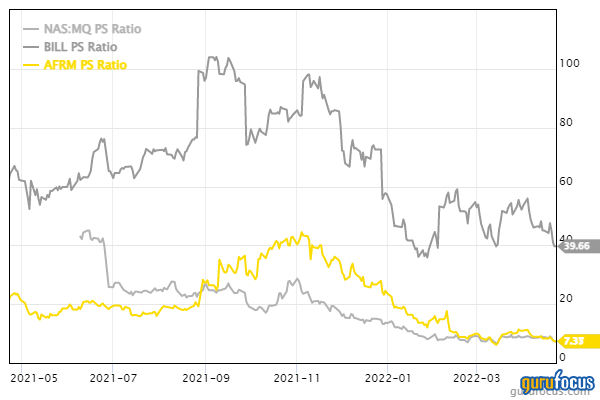 Overall, Marqeta is a fantastic company with great technology and partnerships. They help to power payments for some of the leading technology companies and market their brand well. Revenue growth has been fantastic and the CEO is a great spokesman, which may increase retail investor interest.

Due to high inflation and a forecasted rise in interest rates, the valuation has compressed substantially. The stock is now reasonably priced given the current economic conditions in my view. However, I believe it may stay like this at least for the next year or two until inflation fears start to dim or the company produces some even more astounding results. It's definitely one for the watchlist.