Warren Buffett Takes Another Bite Out of Apple

Legendary investor took advantage of a dip during the 1st quarter 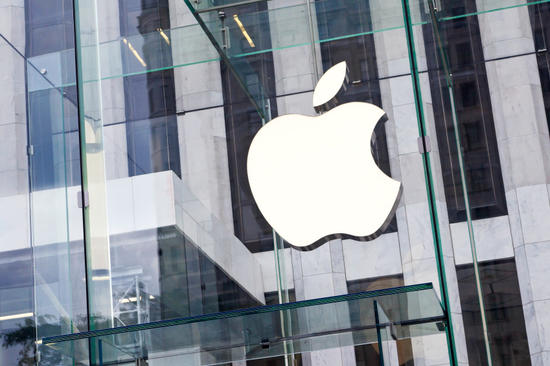 The billionaire investor told Quick he snatched up $600 million worth of Apple Inc. (

AAPL, Financial) shares following a three-day decline in the stock.

“Unfortunately the stock went back up, so I stopped,” Buffett said. “Otherwise who knows how much we would have bought?”

While more specific details of the trade will not be revealed until the guru’s 13F report is disclosed to the SEC later this month, the tech giant is the Omaha, Nebraska-based conglomerate’s single largest stock holding. GuruFocus data shows that as of Dec. 31, the stake was valued at $157.5 billion and accounted for around 47% of the equity portfolio.

Shares of the Cupertino, California-based company, which manufactures popular consumer electronics like the iPhone, iPad and Apple Watch, have come under pressure this year due to concerns regarding supply chain constraints and rising interest rates. It recorded several multiday losing streaks throughout the first quarter. Year to date, it has tumbled around 12%. 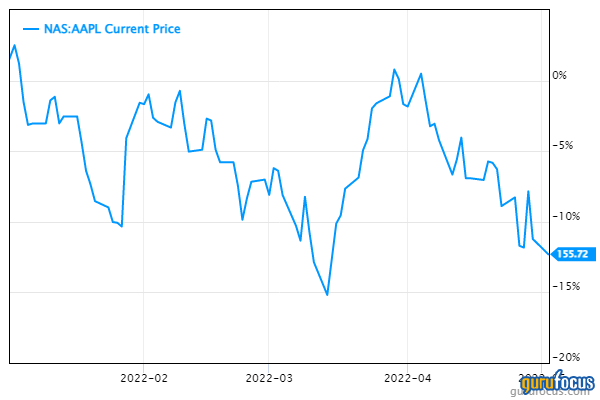 With a $2.54 trillion market cap, Apple's shares were down 1.6% on Monday at $155.17. As a result of the declines, the GF Value Line suggests the stock is fairly valued currently based on historical ratios, past financial performance and future earnings projections. 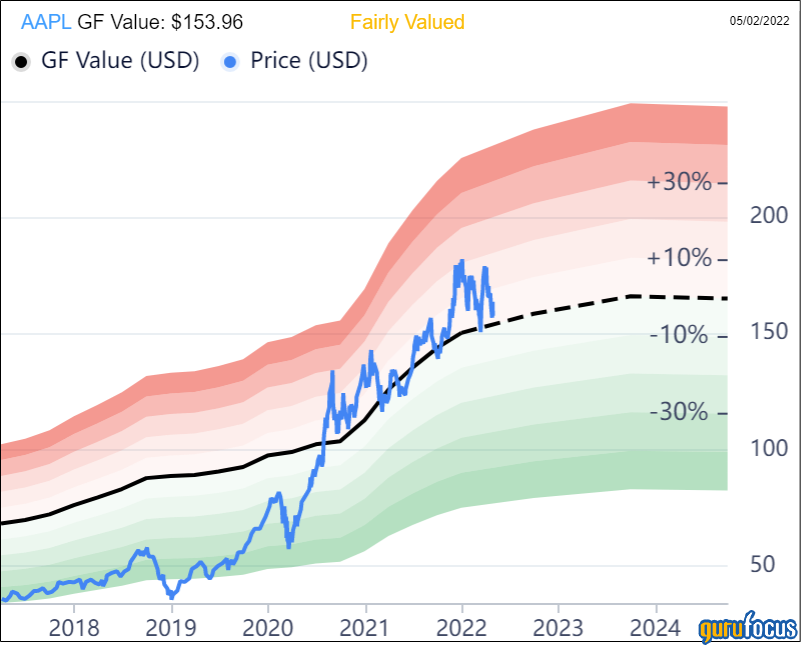 In his annual letter for 2021, Buffett identified Apple as one of the conglomerate’s “four giants,” noting these companies “account for a very large chunk of Berkshire’s value.” He said the company is the second-most important after its cluster of insurers, mainly due to its CEO.

“Tim Cook, Apple’s brilliant CEO, quite properly regards users of Apple products as his first love, but all of his other constituencies benefit from Tim’s managerial touch as well,” he wrote.

The Oracle of Omaha also lauded Cook’s stock buyback strategy, which gives the conglomerate increased ownership of each dollar of Apple’s earnings without Berkshire having to lift a finger. In 2021, the company spent $88.3 billion on buybacks.

Over the years, Berkshire has also enjoyed regular dividends from the company, which average about $775 million annually.

While Buffett has been known to avoid investing in sectors or companies outside his circle of competence, Berkshire began building a position in Apple in 2016 under the influence of his two deputies, Ted Weschler and Todd Combs. The conglomerate is now the company’s largest shareholder with a 5.44% stake as of the end of fourth-quarter 2021.

Other guru investors with sizeable positions in Apple include