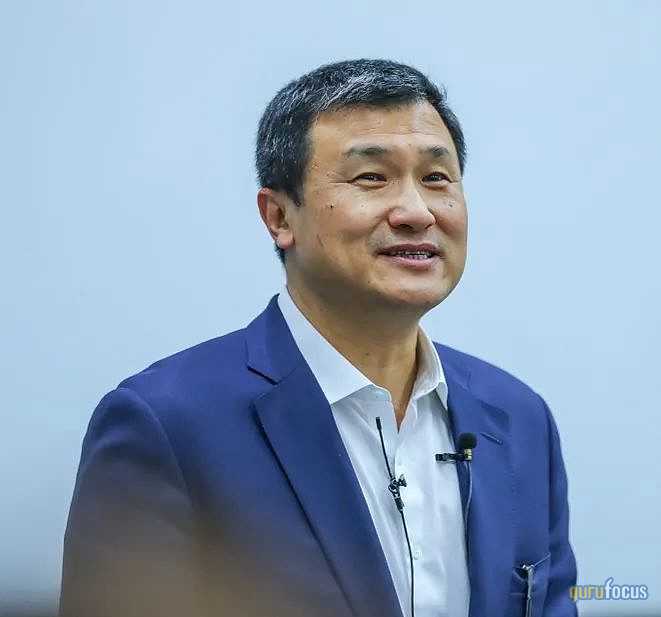 According to the firm's website, Himalaya Capital developed its investing philosophy based on a baseball analogy in which a batter should only hit balls that are "slow, straight and right in the middle" of the sweet spot.

Himalaya Capital primarily focuses on publicly-traded companies in Asia with an emphasis on China. Although most of its holdings date back since the firm's 1997 inception, Himalaya Capital resumed filing 13-F reports to the Securities and Exchange Commission in 2020.

As of the end of the third quarter, the firm's $1.31 billion equity portfolio contained four holdings with a turnover ratio of 20% for the recent quarter. The top three sectors in terms of weight are technology, communication services and financial services, with weights of 41.09%, 36.21% and 22.70%, respectively.

GuruFocus ranks the Menlo Park, California-based social media giant's financial strength and profitability 9 out of 10 on several positive investing signs, which include a strong Altman Z-score of 18 and an operating margin that outperforms over 92% of global competitors.

GuruFocus ranks the Boise, Idaho-based semiconductor company's profitability 9 out of 10 on several positive investing signs, which include a five-star business predictability rank and an operating margin that has increased over 20% per year on average over the past five years and is outperforming over 70% of global competitors.

Other gurus with holdings in Micron Technology include

Himalaya owns 12,358,987 shares of Bank of America, unchanged from the previous-quarter holding. The shares, which averaged $24.90 during the third quarter, occupy 22.70% of the equity portfolio.

Gurus with large holdings in Bank of America include Berkshire and Dodge & Cox.

Himalaya owns 85,900 Class C shares of Alphabet, unchanged from the previous-quarter holding. The shares, which averaged $1,525.89 during the third quarter, occupy 9.63% of the equity portfolio.

We are pleased to announce that we have added

Li Lu (Trades, Portfolio) as one of our Premium gurus. You can search for a guru's profile page by entering the guru's name into the GuruFocus search bar as the following image illustrates.