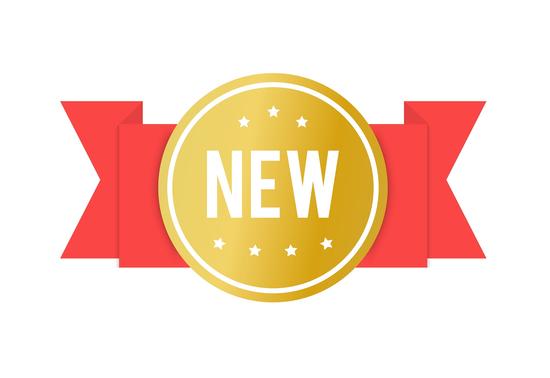 We are pleased to announce that GuruFocus users can now sort the Screener results using a customized rank that encompasses multiple filters at one time.

In his book, "The Little Book that Beats the Market," Gotham Asset Management leader

Joel Greenblatt (Trades, Portfolio) defined a "magic formula" involving two ratios: return on capital and earnings yield. To select the highest-ranked stocks, Greenblatt considers the overall rank based on a combination of the above two ratios.

We will now discuss how to implement Greenblatt's Magic Formula using the new "Customized Rankings" Screener feature. To align with Greenblatt's special considerations when using his formula, we will focus on stocks with market cap of at least $100 million and exclude financial services and utilities companies.

If you hover your mouse over a column heading, you will see a black pop-up window that gives a brief definition of the term. In red, you should see a phrase called "Click to customize the ranking." Figure 1 illustrates this using the Greenblatt return on capital.

Click on the the red phrase to open a "Rank By" section, as Figure 2 illustrates. 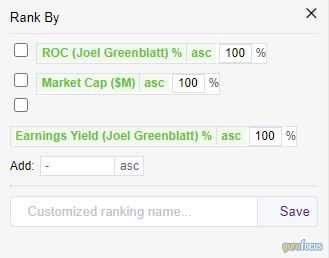 You can now select the filters you wish to rank by and then adjust the weights as necessarily. Since Greenblatt gave a higher rank to stocks with high returns on capital and high earnings yield, we would rank the stocks by returns on capital and earnings yield in descending order (DESC). Figure 3 illustrates how to define a user-defined rank. You can also open the "Rank By" section by clicking the "chart with stars" icon highlighted in Figure 3. 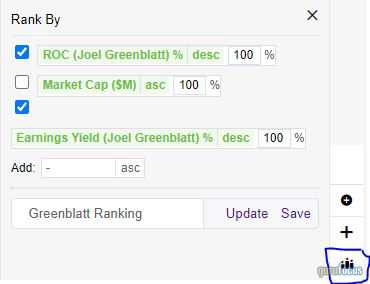 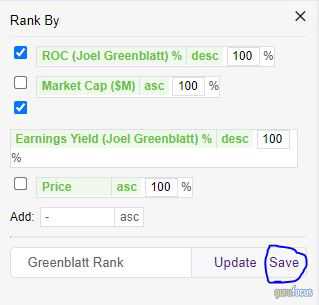